Spokesman-Review Urges YES on 1240—Teachers, Parents and Students Deserve to Seek Their Own Results

Spokesman-Review Urges YES on 1240—Teachers, Parents and Students Deserve to Seek Their Own Results

Education is not about teachers, or schools, or school systems, it’s about children; students no more alike than the stubby snowflakes pasted to classroom walls. In recent years, we have learned more about how each one learns, and introduced new programs that better suit unique ways of apprehending knowledge.

STEM schools and classrooms, for example, are the new, new thing. Several local school districts have launched new or formalized existing programs teaching science, technology, engineering and mathematics. Our society needs more graduates with that knowledge, and many students hunger for it. …

There are more than 300 alternative schools and programs in Washington. How, in this universe of options, has a potential 40 charter schools – the maximum set in I-1240 – come to be perceived as some kind of threat?

Parent groups, for another, including the Washington State PTA. Their concerns: no guarantee of a parent role in governance, and oversight seemingly once-removed from local control. Neither has to be true, especially if local school boards get approval to authorize charter schools within their districts. A nine-member commission that must include a parent will have that authority if districts do not step up.

Note that state-approved schools would not be entitled to local levy dollars approved before they were chartered. Locally authorized schools would qualify for that support immediately; thus creating a major incentive to get a school district’s approval.

Preference in authorizing schools would be given to those serving at-risk students, a definition that would encompass many students in the poorer areas of Spokane.

The most disingenuous argument put forth by charter school foes is the claim they will take money out of other classrooms. That’s precisely right, but finesses the fact education dollars follow the student, and will flow to whatever charter school classroom his or her parents choose.

Opponents also point to studies that conclude charter school performance is very much a mixed bag of over-achievers and laggards compared to regular classrooms. We think Washington educators and parents deserve an opportunity to seek out their own results.

Many among Washington’s 1 million K-12 students will benefit from the alternatives offered by charter schools. I-1240 will give those students and their parents a chance to explore that option at no cost to other students, and about $3 million to the state over five years. 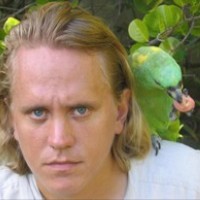